WELCOME TO JAZZ TRIANGLE 65-77
JAZZ TRIANGLE 65-77 is a jazz trio based in New York with Haruna Fukazawa on Flute, Shu Odamrua on Guitar, Aki Yamamoto on Bass.  They are all Japanese and have musical back ground in both Jazz and Classical music.  This trio with unique instrumentation creates a deep warm acoustic sound inspired by tradition but with excitement and contemporary sensibility.  JAZZ TRIANGLE 65-77’s repertoire includes many jazz standards and original compositions by members.  The fact that all three are not only the instrumentalists, but also composers, creates strong “TRIANGLE” bond.
They have released their debut album on 2017 and had tour in many cities in Japan. They had also album release performance in the U.S at Blue Note New York.

▲ Haruna Fukazawa on Flute
Haruna was born in Tokyo and began playing the piano at the age of four.  At twelve years old she began playing the flute.
Since finishing her music institute in Japan in 2001, Haruna Fukazawa has been an active member of the New York and Tokyo musical scenes as a performer, composer, and a recording artist mainly in classical field.   While she was working on her classical music career, she started playing jazz inspired by Hiroshi Ishida and Shinpei Inoue.  In September 2009, she studied with the jazz legend Frank Wess in New York and he became one of her main influences.  Since then, Haruna’s career became internationally.  She obtained awards as a member of the Irish band Tukutukuskip.   Since  2012, Haruna has moved to New York and has been active in the scene.
http://www.harunaflute.net

▲ Shu Odamura on Guitar
Born in Kyoto, Japan, Shu Odamura is a New York-based guitarist, composer and arranger. In 2003, he entered the Gibson Jazz Guitar Contest in Tokyo and was the youngest participant to win the competition.  In 2006, Shu moved to Boston to study at Berklee College of Music where he was the recipient of the Toshiko Akiyoshi Award.  Shu performs and records with jazz ensembles, pop/rock bands, church choirs, and as leader of his own jazz groups.  He recently composed music for a feature length movie entitled "The Wishmakers" which is available on DVD.
http://shuodamura.com

▲ Aki Yamamoto on Bass
Aki Yamamoto, a native of Japan, resides in New York City.  He is active in the New York City music scene, performing and writing in a wide variety of musical styles including Jazz, Pop, Rock, R&B, Hip-Hop, along with Electronic, Classical, and Japanese music.
He holds a Master’s Degree from William Paterson University, a Bachelor’s Degree from California State University at Northridge. Aki’s former teachers include Jim McNeely, Richard DeRosa, Gene Bertoncini, John Pisano, and Matt Harris. Aki’s big band arrangements have been performed by such notable artists as Mulgrew Miller.
In addition to regularly performing his own music and Jazz as a sideman in New York clubs, Aki’s current composition projects.
www.akihiroyamamoto.com 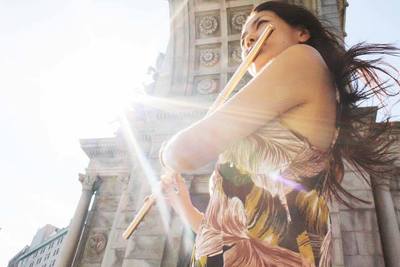 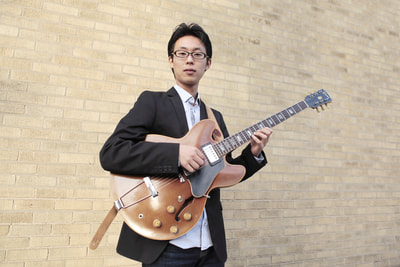 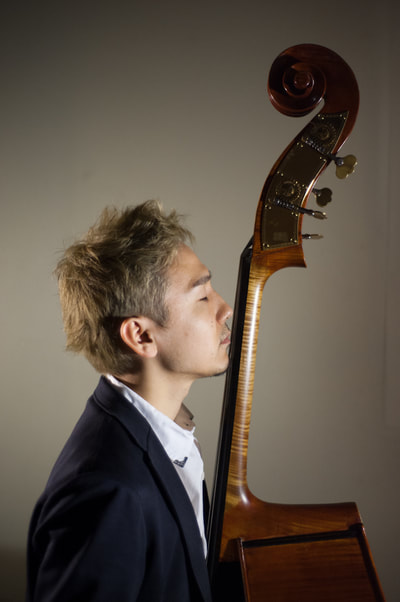